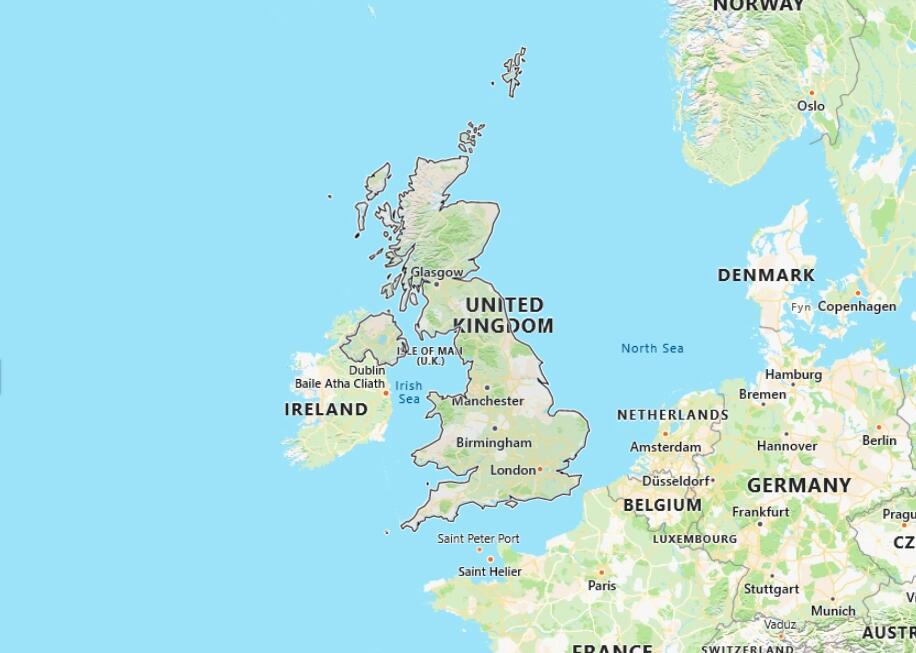 UK. In January, Liberal Democrat leader Charles Kennedy resigned after admitting he had alcohol problems. Behind his departure there were also internal tensions within the party. Scots Menzies Campbell temporarily took over the party leader post, a position he was then allowed to retain.

As a result of the bombing in London in 2005, anti-terrorism legislation was tightened. However, the government had some problems getting through its proposals and in January suffered a defeat in the lower house. But after what was described as a “ping-pong” match between the government and the upper house, which feared that the vague wording of the legislative text could be used to limit freedom of expression, a new law was adopted in March that made “glorification of terrorism” punishable. The government’s case had been strengthened in February after, among other things, protesters had paid tribute to the men behind the London attacks. In July, the new law was used to ban two small British-based Islamic groups. See Abbreviationfinder.org.

In March, new legislation was passed to introduce ID cards for British citizens and all persons living in the country for more than three months. However, the government was forced to compromise after objections from the upper house, and the new ID cards would thus become mandatory only in 2010.

A contentious school reform that would allow new groups to start new and more independent schools and collaborate with private interests was also approved. In order to get through its proposal, the government became dependent on votes from the Conservative Party after some 40 Labor members voted against the reform. According to CountryAAH, major public holidays in United Kingdom include Independence Day (June 4) and New Year (January 1).

In February, Egyptian-born radical imam Abu Hamza al-Masri was sentenced to seven years in prison for possession of documents that could be used for terrorism and for soliciting the murder of Jews and other non-Muslims.

A judge in the High Court rejected in April and June the restrictions, so-called control orders, imposed against suspected terrorists without any prosecution being brought because they violated their right to have their case tried in court. The first case involved a British citizen, the second six Iraqis. The High Court’s decision was upheld by the Court of Appeal, but the Interior Ministry also wanted to have the case tried in the upper house. The Ministry emphasized that the measures were needed to protect the public. The legislation, which made it possible, among other things, to put terror suspects in house arrest and to monitor them electronically, was adopted in 2005. In mid-November, 15 persons, nine of whom were foreign nationals, were subjected to such restrictions.

The government continued to criticize the Iraq war. Retired General Michael Rose at the beginning of the year demanded that Blair be brought before national court for going to war on false grounds.

Increased violence in Afghanistan led the United Kingdom in July to send another 900 men to the NATO-led force there. The number of British soldiers in Afghanistan was estimated to reach over 5,000 during the fall. At the same time, the British had 7,200 men in Iraq.

In March, it was revealed that both Labor and the Conservative Party had borrowed large sums for the election campaign in 2005 without this being publicly disclosed, as the law prescribes. Several of Labor’s lenders were later nominated for seats in the upper house and the government was accused of promising noble titles in exchange for money. It turned out that Labor’s treasurer was unaware of the loans that had been made by Lord Levy, the party’s fundraiser and a close friend of Blair. Later, Labor presented a list of names of businessmen who lent nearly £ 14 million to the party. The Conservatives also named the people who loaned them £ 16 million. The Liberal Democrats were drawn into the deal in April. The police investigation was expected to be completed in January 2007.

According to British law, the authorities must consider whether persons sentenced to more than one year in prison should be expelled from the country after serving a sentence. In April, it emerged that over a thousand prisoners had been released from February 1999 to March 2006 without following the procedure. Remains in the country included three other people who had been convicted of murder. It turned out that Interior Minister Charles Clarke had known the shortcomings since mid-2005 without taking any action and he was forced to leave the government in May.

On May 4, local elections were held in England, including 32 London municipalities. The Conservatives made a good choice, while Labor made big losses. The elections also meant success for the right-wing British Nationalist Party (GDP), which got a total of 32 seats against the previous five.

In late spring, the Department of the Interior and Parliament’s Intelligence and Security Committee (ISC) came up with their report on the London bombing in 2005, confirming information that two of the assailants, including supposed leader Mohammad Sidique Khan, were known by MI-5 before, but acknowledged that it was “understandable” to lose sight of them because of other events. The ISC had not found any evidence that the al-Qaeda terror network had been directly involved in the attacks. Later came a new demand for an independent investigation after revealing that a computer engineer alerted the police that the two men could pose a threat.

In July, it became clear that charges would not be brought against the two police officers who shot Brazilian Jean Charles de Menezes at Stockwell Metro Station in July 2005 in the belief that he was a suicide bomber.

On August 10, 24 people, primarily of Pakistani origin, were arrested in London and Birmingham on suspicion of planning suicide attacks against a dozen passenger planes to the United States. According to police, the men had planned to use liquid explosives and the arrests led to, among other things, stricter rules for hand luggage. 17 people were prosecuted shortly thereafter.

Plans to tighten the asylum law so that people who have been denied entry will actually leave the country were presented in September. For example, people could be placed in special camps awaiting rejection. In some cases, it would be possible to make a rejection decision within two weeks. According to the Ministry of the Interior’s figures, the number of asylum seekers had decreased by almost a quarter in 2005 compared to the previous year.

In September, war rights were opened against seven British soldiers who had been charged with abusing an Iraqi civilian, Baha Mousa, to death in Basra in 2003. One of the defendants had admitted he had committed inhumane treatment of prisoners, while the others refused to crime.

Tony Blair said on September 7 that he would resign as prime minister within a year. He did not, however, specify a time, but the pressure on him to give a message increased as even party comrades who had previously supported him demanded his departure. But when the Prime Minister delivered an emotionally charged speech at Labor’s party conference in Manchester at the end of the month, he was met by standing ovations. Blair now promised to put as much force into the Middle East conflict as he did in Northern Ireland. Later in the fall, he opened for increased dialogue with Iran and Syria to try to reach peace in the Israel-Palestine conflict.

In October, the government decided to impose restrictions on labor from Bulgaria and Romania that would become new EU members in 2007. One reason for this was that labor migration from the countries that became members in 2002 had become so extensive. By June, 427,000 people, almost two in three of whom were Poles, had come to the UK to work. New rules were also introduced that would make it easier for highly qualified workers to immigrate, while at the same time making it more difficult for those without special qualifications.

Several government officials criticized the US Guantánamo camp in Cuba, where the United States detained “illegal combatants” from the war in Afghanistan. However, the authorities decided in September that three prisoners who had previously been resident in the UK, but who were not British citizens, would not receive any help. In April, then-Foreign Minister Jack Straw had appealed for the release of an Iraqi who had previously worked for the British security service MI-5.

In November, Dhiren Barot was sentenced to 40 years in prison for planning terrorist acts in the United Kingdom and the United States. Barot, arrested in 2004, was considered to have a prominent role in the al-Qaeda terrorist network.

On November 23, Aleksandr Litvinenko, who previously worked for the Russian security service FSB, passed away after he was poisoned by the radioactive substance polonium-210. On his deathbed, he accused Russian President Vladimir Putin of the act, but it was unclear who had murdered him. Litvinenko had been granted political asylum in the UK in 2002. Traces of polonium were measured in several locations in London.

On December 14, the public police investigation into Princess Diana’s death in 1997 was completed. There all theories were rejected that Diana and her friend Dodi al-Fayed had been murdered and it was established that it was a tragic accident. 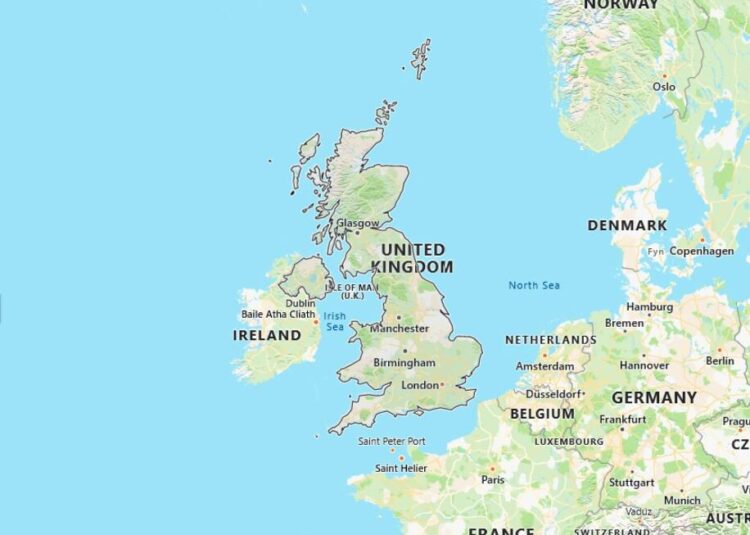