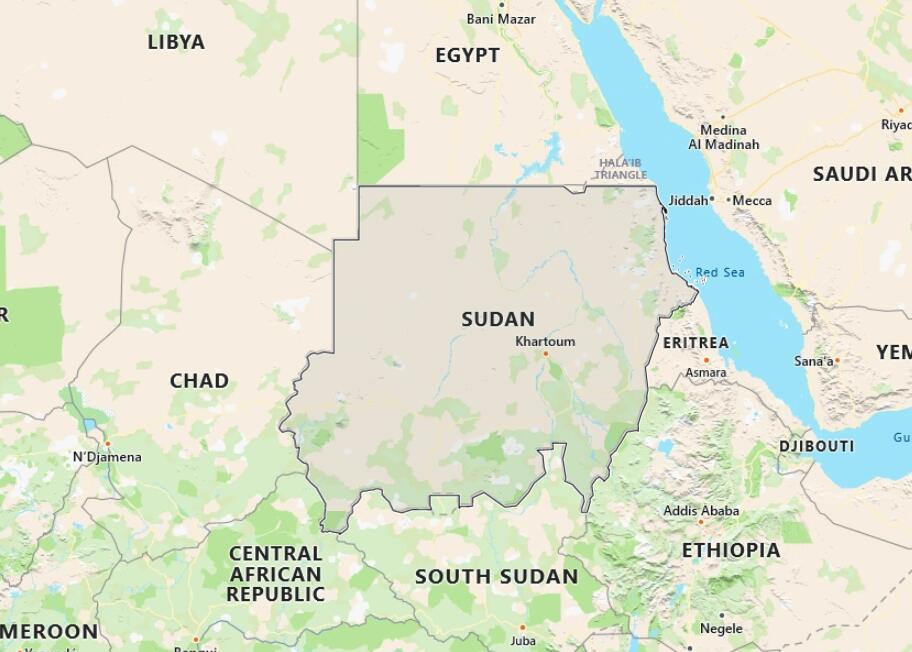 Sudan. One of the conflicts in Sudan was broken in October, when rebels in the country’s east signed a peace agreement with the government. According to CountryAAH, major public holidays in Sudan include Independence Day (January 1) and New Year (January 1). The agreement followed the pattern of the southern region by promising the fair distribution of the revenue generated by the region. In eastern Sudan there are the country’s largest gold mine and the most important shipping port for increasing oil exports. A new oil pipeline to the east coast was inaugurated in April with a capacity to transport half a million barrels per day for the time being.

That a peace agreement in Sudan does not obviously lead to peace and stability was evident in the south, where there were major problems in enforcing the 2005 peace settlement. UN envoy Jan Pronk warned that residents’ frustration threatened peace and the number of armed incidents increased. Not least, the problems were due to the fact that only a small portion of the promised financial support from the outside world was paid. But among other things UN chief Kofi Annan also criticized the government for not even appointing several of the commissions to enforce the peace agreement. the one who is to distribute the oil income between north and south. The UN also complained that its personnel were not allowed access to the disputed region of Abyei and that the government was disrupting the operation of the UN force in the south. The private American company DynCorp International was commissioned to train the former the guerrillas in the south, whose low discipline was a major problem. The danger of the slow disarmament of militia groups emerged at the end of the year, when fighting between a militia and the new regional army demanded at least 150 casualties.

If peace in the south still existed reasonably, the situation was the worse in the Darfur crisis region. There, the situation was inexorably worsened throughout the year, despite the government and one of the local rebel forces signing a peace agreement in May and guerrilla leader Minni Minnawi being assigned a position as adviser to the president. The peace agreement accelerated the split among the other rebel groups, and the government’s and the government-supported Janjawid militia’s respect for the agreement was limited. The fighting increased rapidly and the situation of the civilian population deteriorated. Attacks on aid workers also increased. The UN Security Council approved the formation of a peacekeeping force for Darfur, but the Sudanese government refused to allow it. Not even when Nigerian President Olusegun Obasanjo in October, as the first African head of state, warned of a genocide in Darfur and recommended a UN intervention, allowed the government to persuade. Instead, UN envoy Jan Pronk was expelled, after the government was offended by the fact that in his private blog on the Internet he had written about major losses to the army in Darfur. He was replaced by Sweden’s former Foreign Minister Jan Eliasson. In December, Kofi Annan criticized all UN member states for their inability to put an end to the mass murder in Darfur. However, the newly formed UN Human Rights Council was allowed to send an inquiry delegation and President Omar al-Bashir half-heartedly supported the formation of some kind of hybrid force between the African Union and the UN. 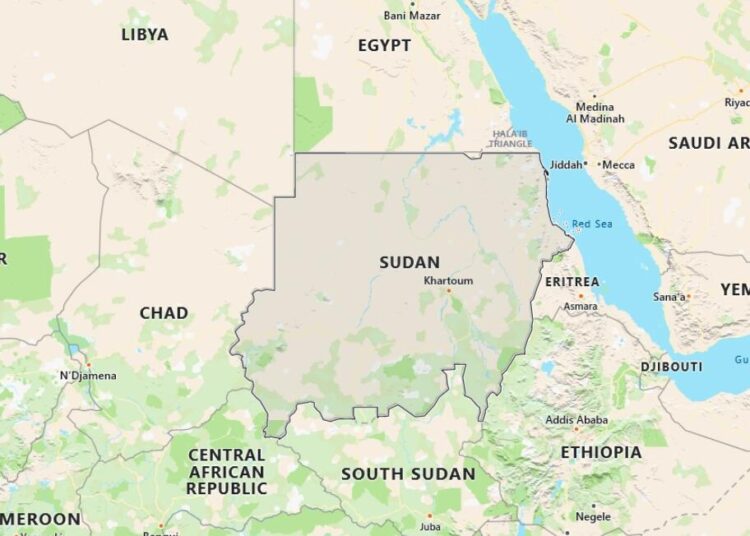 War in the Northeast

In addition to the wars in South Sudan and Darfur, there have been conflicts and uprisings in several places in Sudan, especially in the Nuba Mountains, as well as other parts of Kordofan, and in the northeast. In 2004, armed conflict spread from Darfur to Kordofan, where two opposition groups formed; al-Shahama and the National Movement for Reform and Development.

In the north-east there was an uproar that was caused by conditions similar to the west (Darfur): an experienced neglect of the region. Insurgents have demanded internal autonomy for northeastern Sudan, in the states of Kassala and Red Sea, which is strategically and economically important as it includes the port city of Port Sudan, the country’s main import and (oil) export port. Several of the country’s largest agricultural projects are also in the area. The rebellion has been led by the two Beja Congress (BC) and Rashaida Free Lions groups(RFL) – rooted in nomadic people who feel discriminated against by the Arab elite. The rebels have strengthened their position through the support of JEM in Darfur, which from its Eritrea headquarters has also supported BC with soldiers. The rebels in the east were excluded from the peace process for South Sudan, but after mediation from Eritrea and with participation from Norway, a ceasefire between the government and the Eastern Sudan Front (ESF), an alliance between BC and RFL, was entered into in June 2006. Formerly the SPLA was the driving force in the ESF, but had to withdraw in 2005 as a result of the peace agreement for South Sudan. Eritrea sent observers to lead monitoring of the peace agreement, which was subsequently supplemented by a separate agreement on value sharing and development of the region, Eastern Sudan Reconstruction and Development Plan. The peace treaty commanded that all militia groups be disbanded, and soldiers are invited to join the government.

A major backdrop to Sudan’s north / south contradictions and civil wars lies in the centuries of dominance of the so-called Arab-Islamic north, with its political repression and economic exploitation of the African south, including through extensive slave trade. Another aspect is the division between the north and the south that Turkish-Egyptian, then British colonialism contributed to, inter alia by controlling the regions separately. The civil war in Darfur underscores the importance of ethnicity and race in the conflict picture in Sudan. At the same time, the role of the Arab-Islamic-dominated regime in Khartoum, which has pursued a political, economic and military policy, is strongly emphasized by an ethnic approach, where the “Arab” has been abolished as the “African” superior. This is a continuation of a centuries-long tradition, where Africans were considered inferior to the Arabs and used as slaves. Nubians and Sudans were used by the Arab North as synonyms for slaves. At the same time, there have historically been conflicts locally, in which several states used their power to secure slaves and in other ways exploit other peoples in their respective fields.

As the center of a state, especially in central Sudan, became Islamized, this also helped to make the religious dimension prominent. A contribution to religious contradictions was also a favor of Muslims, also among the local population in the south. The conflict in Darfur is the result of an attitude and policy where “Arab” groups have advocated expelling “Africans” from the area. This also shows that the ethnic dimension outweighs the religious, all the while the victims of the government and government-backed militias in Darfur are also Muslims. Paradoxically, the Arabic term Bilal al-Sudan, from which the country has taken its name, means “the land of the blacks.” At the intersection of partly Arab North Africa and “black” sub-Saharan Africa, there is also a political dimension to Sudan’s regional affiliation; where the “Arab” north wants affiliation north, while the “African” south wants to associate south. Much of the national conflict in Sudan thus has to do with identity, linked to historical political and social power relations, roles and beliefs, as well as religion and culture.

A clear distinction between northern and southern Sudan came only after the territories were brought together during a state formation, that is, under Egyptian-British rule – and especially from the mid-19th century. Oppositions were reinforced early on when South Sudan imposed taxes to fund the central administration in the north. The order was met with military resistance. Commercial interests had widespread power and even carried out military actions to acquire slaves. In South Sudan, this activity was at its most extensive in the 1870s, due to an increased need for manpower for cotton growing, among other things.

Sudan is located in North Africa, in the Sahel region. Sudan is Africa’s third largest country after Algeria and Congo, and its neighbors are Egypt in the north, Eritrea and Ethiopia in the east, South Sudan in the south, the Central African Republic in the southwest, Chad in the west, and Libya in the northwest. The eastern part of Sudan is located on the shores of the Red Sea. The country gained independence from Britain and Egypt in 1956. There have been many civil wars in Sudan until the 21st century and South Sudan gained independence in 2011. Sudan is a large plain surrounded by mountains to the east and west. The second longest river in the world, the Nile, runs through the country. Sudan’s climate is hot and dry. In the evenings and at night, the temperature drops greatly compared to the daytime temperature. Although agriculture is estimated to consume about 80 percent of the country’s labor force, Sudan’s biggest growth comes from oil production.

Today, there are 597 ethnic groups in Sudan who speak more than 400 different languages ​​and dialects. The majority of the population is Arab. Ethnic minorities are concentrated in certain parts of the country, with the largest group in Darfur being the Furi and the Beja on the Red Sea. The Zaghawas live near the border with Chad, and the Nubians and Bedouins live in the northern part of the country. In Sudan, old traditions are important, stories and beliefs are passed down from generation to generation. Sudanese have been called the friendliest people in the world. They are interested in tourists and are very hospitable.