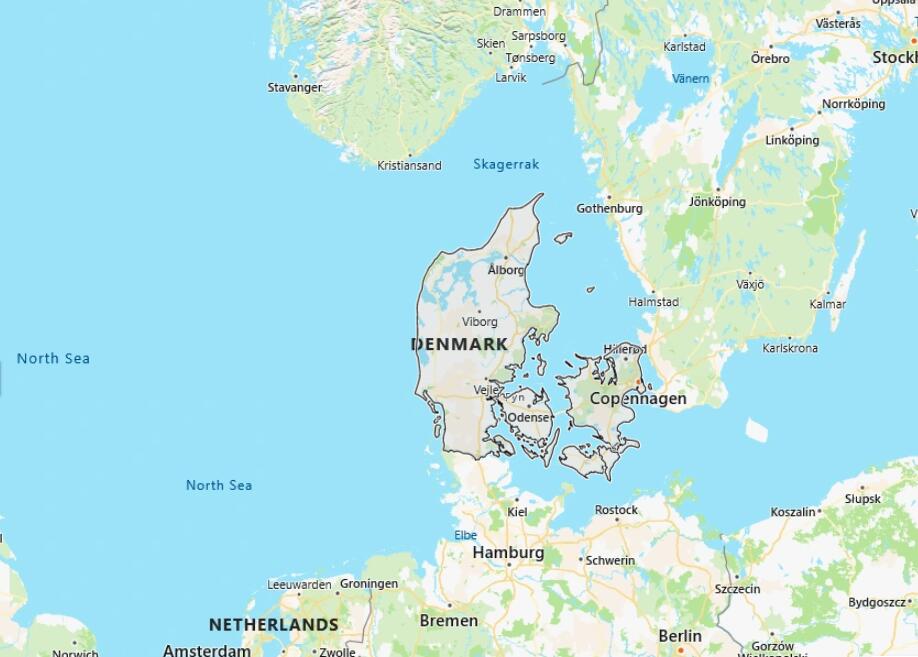 Denmark. The Muslim protests against Jyllands-Posten’s caricature of the Prophet Muhammad, published in 2005, developed at the beginning of the year into a serious political crisis for Denmark. Before New Year, a group of Danish imams had traveled to a number of Muslim countries to create opinion against the cartoons. The result was condemnation of Denmark by the Muslim countries’ cooperative organization OIC (Organization of the Islamic Conference). Prime Minister Anders Fogh Rasmussen in January accused the imams of false propaganda and demanded that they correct the damage they caused. Government Support Party The Danish People’s Party described the Imams as traitors and liars. When a number of Muslim countries demanded that the Danish government condemn the cartoons, Prime Minister Fogh Rasmussen refused, citing the media’s freedom of expression. Jyllands-Posten was simultaneously demanded for an apology. Pressure on the prime minister increased when Saudi Arabia called home its ambassador from Denmark. major public holidays in Denmark include Independence Day (April 16) and New Year (January 1). In addition, a boycott of Danish goods was launched in several countries in the Middle East in protest of the Muhammad cartoons. The boycott mainly hit Europe’s largest dairy company, Danish-Swedish Arla, which had to close its dairy with 800 employees in Saudi Arabia. The concern was great in the Danish business community, which called on the Jutland Post to apologize to the Muslim countries. So did the newspaper, but not for publication but for abusing Muslims. The growing crisis also caused Prime Minister Fogh Rasmussen to partially retreat. He declared that he would never personally portray Muhammad, Jesus, or other religious figures to offend people. But at the same time he insisted that the government could not interfere in the work of the mass media. The anti-Danish sentiments had then reached a level where Fogh Rasmussen’s words were ineffective. In the Gaza Strip, al-Aqs Samaritan Brigades spread leaflets demanding that citizens of Scandinavian countries leave Palestine within 48 hours. By then, the Mohammed cartoons had also been published in the Norwegian Magazine, owned by the Word of Life in Sweden. The European Commission headquarters in Gaza was occupied by armed Palestinians who also demanded the departure of the Scandinavians. Previously, the Danish cartoonists behind the cartoons had received death threats, now Danes and Scandinavians were threatened at all and advised against traveling to a number of Muslim countries. In early February, the violent anti-Danish demonstrations spread in the Middle East, Africa and Asia with numerous deaths and many injured as a result. In Syria’s capital Damascus, the embassies of Denmark and Norway are set on fire by angry crowds, and also the embassy of Sweden was damaged. In the Lebanese capital Beirut, the Danish consulate was set on fire. Afghanistan was shaken by violent riots in several cities. Swedish soldiers from the NATO force ISAF. On the West Bank, Swedes and other members of the international observer force were forced to leave Hebron since their headquarters were stormed by stone-throwing youth. Danish diplomats left their missions in several countries. In Copenhagen, leftist protesters rallied with right-wing extremists in connection with a Muslim protest against the Muhammadans. Nearly 200 protesters were arrested by police. As the violence subsided, intense debate followed in Denmark, where the prime minister was accused of dealing insensitively with the Muhammadan crisis. Critics felt it was wrong for Fogh Rasmussen to refuse to accept the group of ambassadors from Muslim countries who wanted to meet him in the fall of 2005. At the same time, the Muhammadan crisis divided the Muslims in Denmark. Naser Khader, of Palestinian origin and MP for Radical Venstre, gathered moderate Muslims in a network called Democratic Muslims. The network’s criticism of the fundamentalist groups prompted Imam Abu Laban to call Naser Khader “rat”. In September, nine young men in the immigrant-tight Vollsmose area in Odense were arrested on suspicion of planning terrorist acts. The arrested came from a Muslim environment, one of Danish origin. According to the security police, the group had procured materials to manufacture explosives and participated in the preparation of a terrorist attack. Terrorist experts stated that Denmark was a terror target because of its military presence in Iraq and because of the Jutland Posten Muhammad cartoons. Seven people were arrested, but a possible trial was delayed. The battle over the Muhammad cartoons made almost every fourth Danish more negative towards Islam, an opinion poll showed in the autumn. Of the respondents, 47% said it was right for Jyllands-Posten to publish the drawings, while 38% thought it was wrong. Jyllands-Posten was acquitted in October in a trial for the publication. Several Muslim associations had sued the editor-in-chief and the cultural editor for defamation and slander of Muslims. Earlier, the Danish prosecutor had rejected charges of racism and slander. A new Muhammad debate debuted in October, when it was revealed that the Danish People’s Party Youth League had camp participants make jealous pictures of the Prophet Muhammad. When the videotaped cartoons were shown on TV, the youth’s efforts were condemned by Prime Minister Fogh Rasmussen, while the Danish People’s Party leader Pia Kjærsgaard refused to give up. The video was also shown on Arabic TV and led to some upset reactions in Muslim countries.

During the year, a broad political settlement was concluded regarding future changes in the Danish welfare system. Among other things, the retirement age will be raised from 65 to 67 years. Behind the settlement were the bourgeois government with the Liberal Party and the Conservative Party, the support party of the Danish People’s Party and the opposition parties Radical Venstre and the Social Democrats. In November, thousands of high school students and teachers demonstrated against the government’s expected savings in education. The major so-called administrative reform would make the upper secondary schools financially self-governing with budget responsibility from the beginning of the year, which according to the teachers’ union would lead to larger classes and less resources. It was rejected by the government. A report from the World Economic Forum, WEF, found in December that Denmark had the most competitive and dynamic economy in the EU.

In December, the Parliament decided to give police and PET further powers to carry out secret searches and seizures. It should allow police to copy member lists, messages and letters from trade unions and grassroots organizations. A criminal practice PET de-facto has been practicing since 1945, but is now also available to ordinary police. The extent of clandestine searches against citizens and associations exploded in those years. Figures from the Ministry of Justice showed that the number of covert investigations by the Copenhagen Police increased from 12 in 2008 to 85 in 2009. The restriction on liberties led to warnings from, among other things, Amnesty International and the Department of Human Rights. This, in turn, led the Danish People’s Party to submit a motion for a resolution in the Danish Parliament to prohibit the institute from commenting on the Danish state’s human rights violations. This proposal to restrict freedom of expression was supported by DF’s sister party, Left.

The Danish parliament also decided in December to deprive refugees and immigrants of the right to public pension. The pension is no longer a right, but a benefit that can only be fully earned after 40 years of residence in Denmark.

The Red Cross documented that “Minister of Integration” Birthe Rønn Hornbech led the Folketing behind the light. The minister deported unaccompanied refugee children to Afghanistan and had formed the Integration Committee that the Red Cross and Red Crescent run several orphanages in Afghanistan. It was a lie. However, the systematic breaches of the Ministerial Accountability Act by the VKO parties did not lead to consequences, as the parties, by their majority, could impede compliance with the law.

In December 2010, for the third time, Danish politicians tried to ban the fundamentalist association, Hezb-ut-Tahrir. The reason was that in the fall of 2010, the association had declared that resistance to the occupying power in Afghanistan – including Danish soldiers – was legitimate. The Danish government initially instructed the Attorney General to investigate the possibility of a legal action against HuT. But in reality, HuT was absolutely right that armed resistance to the occupying power – including Danish soldiers in Afghanistan – was legitimate. The UN Charter recognizes the right of an occupied country to revolt against occupation troops – in the same way that the resistance movement in Europe during World War II was entitled to armed resistance against the Nazi occupying power.

In 2010, the international Pisa surveys documented that Danish school pupils are still performing poorly, compared to pupils in other countries. Denmark rattles down the rankings. This whole process was started in 1982, when Bertel Haarder assumed the post of Minister of Education and started total war against the teaching profession and its organizations. In the current economic crisis that is exacerbated by the VKO government’s tax cut, most municipalities have been forced to reduce the number of students and increase class quotas. The Left Party has wanted to completely remove the upper ceiling over the quotients.

In January 2011, WikiLeaks revealed that the VKO government was lying when it announced in 2008 that it would launch an investigation into the CIA’s use of Greenland and Danish airports as stopovers when the United States was to fly prisoners of war to torture centers around the world. After years of speculation, it was confirmed in 2008 that the United States had used Danish and Greenland airports in its torture flights. The government sought to put a lid on it by promising that the case should be investigated. WikiLeaks might reveal that the United States Ambassador to Denmark by Foreign Minister Per Stig Moller had been informed that there is not would be a study. It was merely a question of leading the Danish population and international human rights organizations.

Denmark launched a war on Libya in March. The Danish Air Force committed war crimes when it bombed the civilian population in, among other places, Tripoli. Since the rogue state had no restrictions on the use of its aircraft, the Danish aircraft was NATO deployed when other countries said – especially the bombings of the Libyan civilian population. 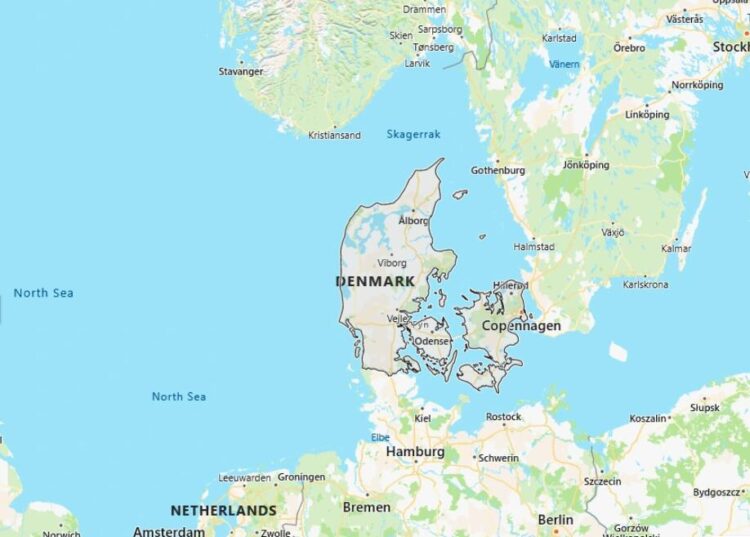