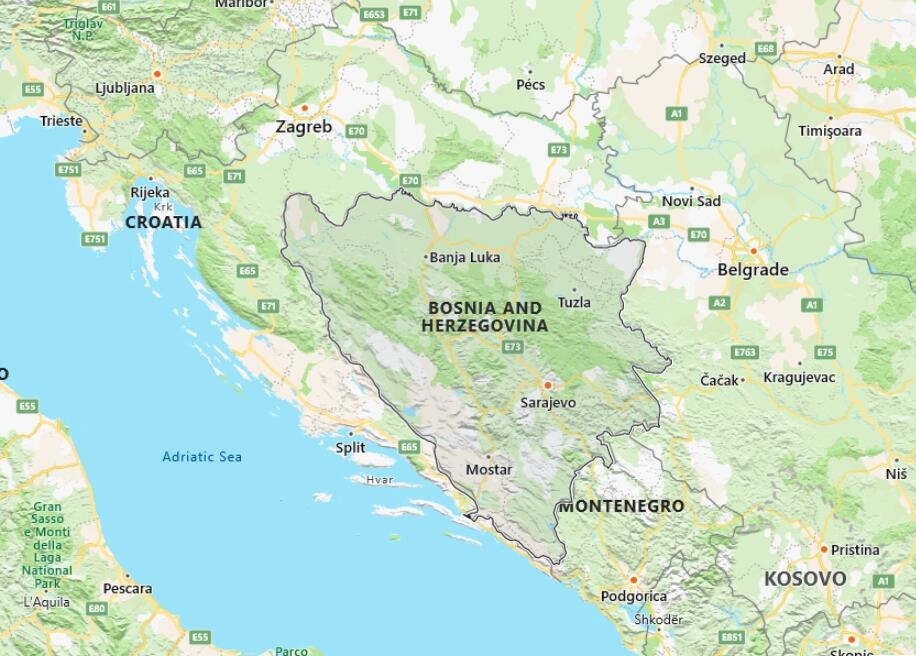 Bosnia and Herzegovina. More than ten years after the Dayton Agreement, an election was held that was considered historic – for the first time, the Bosnians appointed a government that would govern the country without international intervention. During the electoral movement, however, it became clear that major differences existed in the visions of the country’s future. The Bosnian Serbs mainly wanted to guard the semi-autonomous status of the two sub-republics – or further strengthen the distinction. In particular, Muslim Bosnians, on the other hand, increasingly advocated the dismantling of the country’s division in favor of a strong central power. At the beginning of the year, constitutional changes were discussed that would strengthen the central government at the expense of the sub-republics. A proposal was accepted by the presidential troika – with a representative for each of the three peoples groups – but was stopped in parliament in April.

The “High Representative” of the international community Christian Schwarz-Schilling (who took over after Paddy Ashdown at the beginning of the year) announced in June that the world’s direct government of Bosnia and Herzegovina would cease to mid-year 2007. But many questioned the wisdom of leaving the country with so obviously contradictory wills on such an important issue as what the state of affairs should look like.

At the beginning of the year, the government of the Republic of Srpska was cast in a vote of no confidence. The Serbian nationalist SDS that dominated politics in the sub-republic since the end of the war thus lost its grip on power. According to CountryAAH, major public holidays in Bosnia and Herzegovina include Independence Day (March 1) and New Year (January 1). New government leader became former opposition leader Milorad Dodik. But Dodik and his Independent Social Democrats Party (SNSD) also clearly guarded the Serbs’ special interests. Dodik quickly won the favor of the Serbian nationalists by tearing up a decision to create a joint national police force in Bosnia and Herzegovina. He also raised the idea of a referendum to completely break out of the Republic of Srpska from Bosnia and Herzegovina, inspired by Montenegro being separated from Serbia during the year. Serbia also showed a clear interest in closer association – or association – with the Republika Srspka.

In the October elections, SNSD won big in the Serbian Republic. The Serbs’ representative in the presidency became the party’s candidate Nebojša Radmanović. The Bosnians appointed Haris Silajdžić as their representative in the presidential troika. Silajdžić, who was prime minister and foreign minister during the war, was the leader of the moderate nationalist SBiH and powerful advocate for scraping the sub-republics. The Croatian representative became the Social Democratic SDP candidate Željko Komšić. The parliamentary elections gave no one a victory and the government negotiations were still going on at the end of the year. The elections also applied to the parliaments of the two sub-republics, president of the Republic of Srpska and regional assemblies of the Bosnian-Croat Federation. 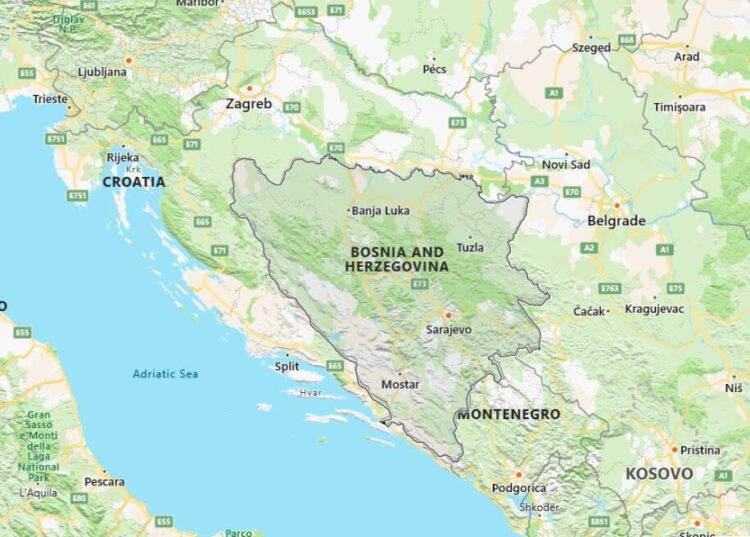 After the legislative and presidential elections, which took place on 12 – 13 September 1998, the picture that emerged from the consultations – the results of which had been monitored by the OECD – saw Serbian Ž as president of the Presidency of the Bosnia and Herzegovina Radišić (representative of the Sloga coalition, in which the majority was represented by the Plavšić party, the Alliance of the Serbian People, SNS), a more moderate man than M. Krajišnik of the SDS of Karadžić, but an expression of the socialist party of Miloševic. Izetbegović (candidate of the Coalition for a united and democratic Bosnia and Herzegovina, KCD, led by the SDA) and Jelavić (candidate of the HDZ) were also elected to the presidency, representing, respectively, Bosnians and Croat-Bosnians. N. Poplašen, close ally of the Deputy Prime Minister of the Federal Republic of Yugoslavia, Šešelj, and candidate of the Serbian Radical Party (Srpska Radikalna Stranka, SRS), in these elections ousted the more moderate B. Plavšić from the presidency of the Serbian Republic. E. Ganić remained in charge of the Federation of Bosnia and Herzegovina, already in office since March 1997. The future of Bosnia and Herzegovina was however still in motion and dependent on the international attitude and on the evolution of events in the regional context (see Kosovo ; Macedonia, in this Appendix), with isolationist tensions in Pale and Islamic or Saudi, growing, in Izetbegović’s party. Up to this date the State was governed by 13 Constitutions (that of the Bosnia and Herzegovina, of the two entities and of the 10 cantons of the Federation of Bosnia and Herzegovina), had three armies, and in it circulated four currencies (the Bosnian dinar, the Yugoslav dinar, the Croatian kuna and the German mark) to which, since April 1998, the convertible mark. The economy remained in chaos and the social repercussions became more and more serious. Among refugees and displaced persons, more than 60 % of the population still lived in the house of others, without certainty about the housing problem and with great differences in income: in the Serbian Republic the average wage was around 35 German marks, in the Federation of Bosnia and Herzegovina around 220 and in the Hergec-Bosna around 350. Unemployment reached 60% in all of B. with peaks of 80 % in the Serbian Republic. Industrial production recorded only the 6 ÷ 8 % of the levels achieved in the prewar period.