Algeria. US Secretary of Defense Donald Rumsfeld visited Algeria on February 12 in connection with a tour of the region and discussed, among other things. joint efforts against terrorism and military cooperation.

Russian President Vladimir Putin visited Algeria on March 10 and during the visit it was announced that Russia had written off $ 4.7 billion in debt. Most of the debts arose during the 1960s and 1970s to the then Soviet Union. In return, Algeria would buy weapons for a similar sum. Agreements on oil and gas exploration were also signed.

On March 4, a first group of imprisoned militant Islamists was released in accordance with the amnesty adopted in 2005. During the six-month long amnesty, approximately 2,100 Islamists were released. Some 100 people convicted of serious crimes such as blast attacks, murder or rape received penalties. A week before the amnesty expired on August 28, a government official stated that up to 300 terrorists surrendered.

According to CountryAAH, major public holidays in Algeria include Independence Day (July 5) and New Year (January 1). Prime Minister Ahmed Ouyahia resigned May 24 after three years in office. Ouyahia from the ruling party National Democratic Assembly (RND) was replaced by Abdelaziz Belkhadem from the other government party, the National Liberation Front (FNL). Belkhadem kept the government largely unchanged, but announced that he intended to raise the minimum salaries of state employees and review the constitution. The president would have greater powers of authority and be allowed to sit for three terms and the term would be extended from the current five to seven years. If the changes go through, President Abdelaziz Bouteflika, who was elected in April 2004 for a five-year term, could stand for another term.

Bouteflika became the first president of Algeria since independence in July 1962 to conduct a state visit to the United Kingdom. The visit was preceded by criticism of the British government handing over two suspected terrorists to Algeria, and the human rights organization Amnesty International published a report accusing the Algerian security service DRS of torturing and abusing prisoners.

Despite the government’s amnesty and attempts at reconciliation, continued violence was reported during the year. In April, 13 customs officials were killed at a border post in southern Algeria. In June, the army killed at least 19 people in connection with an offensive against suspected Islamists near Annaba, 60 miles east of the capital, Alger. At the end of October, three people were killed and 24 injured when two car bombs exploded outside two police stations near Algiers. In November, eight soldiers were killed in an ambush southwest of Algiers. The armed Islamist group GSPC (Groupe Salafiste pour la Prédication et le Combat) was suspected of several of the deaths. In a statement on the fifth anniversary of the September 11 attacks in the United States, the GSPC stated that it had joined the terror network al-Qaeda.

In September, one of the Islamist movement returned FIS chief leader from exile. Rabah Kebir had lived in Germany since 1992. On his return, he urged his followers to lay down their weapons. In October, Kebir said that the FIS did not intend to introduce a theocratic government and declared its readiness to support the proposal to allow President Bouteflika to run for another term.

Rising revenue from natural gas exports helped Algeria in May offer to repay $ 8 billion of its loan to the so-called Paris Club, an association of 19 countries that have claims on other countries. In July, Algeria also announced plans to levy higher taxes on foreign oil companies. Italy and Germany announced in November that they had signed agreements on natural gas supplies from the state-owned Algerian company Sonatrach.

In February, western Algeria was hit by severe flooding. Particularly vulnerable were four camps for refugees from Western Sahara. Both the UN and the EU granted emergency relief.

At least four people were killed and 36 injured on March 20 when an earthquake measuring 5.8 on the Richter scale hit the province of Bejaï in northeastern Algeria. 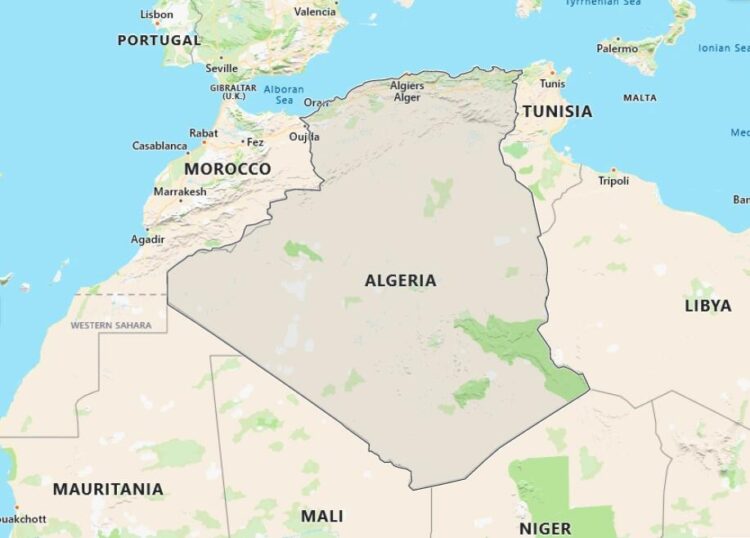