About 600 BC sailed a Phoenician expedition posted by Egyptian Pharaoh Necho II, around Africa. It sailed from east to west, and Herodotus reports that the expedition saw the sun on the right hand, i.e. in the north. Find African population information, please visit Countryaah. 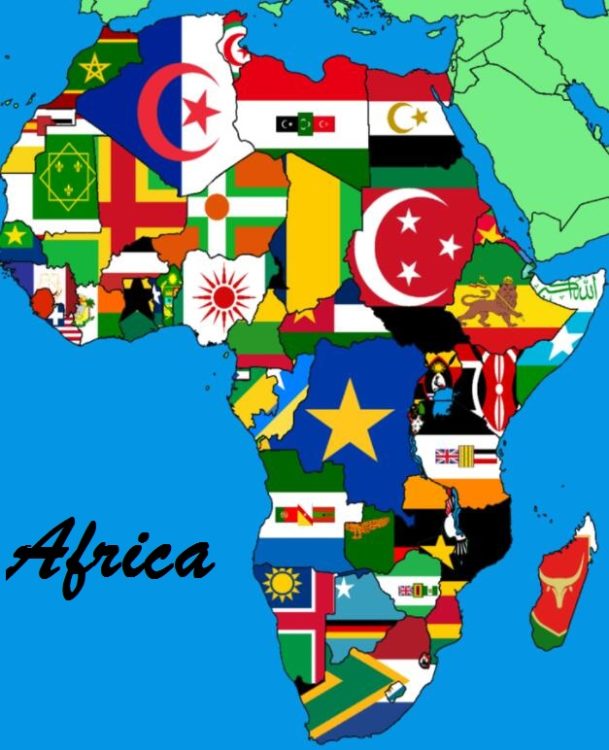 The Greeks, Carthaginians and Romans had an excellent knowledge of sub-Saharan Africa and the Egyptian Niland. There were caravan roads through the Sahara to the areas around the Niger River.

After the Arab conquest of North Africa, Tunisia (from 700-t.) And then Egypt (from 900-t.) Became centers of trade with sub-Saharan Africa. The highlight of the Arab exploration of Africa was Moroccan Muhammad Ibn Battuta’s travels and descriptions of the Muslim world in the mid-1300s. Ibn Battuta visited Mogadishu in Somalia in 1332 and Mali in 1352-53.

At the initiative of Prince Henrik the Mariner (1394-1460), the Portuguese explored in the 1400s. The west coast of Africa as part of the quest to find the sea route to India. The goal was to take over the trade in spices, dyes and luxury goods, which gave Arab and Venetian merchants big revenue. In 1434 Cape Bojador was passed, in 1445 the mouth of the Senegal River was reached and in 1455 the Gambias. In 1482, Diogo found Cão Congo’s expiration; in 1487, Bartholomeu Diaz Cape of Good Hope passed and saw the coast bend to the north. Finally, in 1498, Vasco da Gama reached India by sea south of Africa, following the east coast to the north to Malindi in present-day Kenya.

In the 1500s and 1600s. the European powers established colonies on the coast, which handled the trade inland. The coastal parts of the continent became known in Europe.

The Nile’s run north from the confluence of the Blue and White Nile was known from ancient times. The Blue Nile sources in Ethiopia were found by the Portuguese Pedro Pãez in 1618 and again by the Scot James Bruce in 1770. In South Africa, the Dutch built the Cape Colony in 1652, and soon after the settlers knew the land up to the Orange River. But with these exceptions, the interior of the African continent was still in the late 1700s. unknown to Europeans.

In 1788 the private English company African Association was established with the purpose of exploring the still unknown parts of Africa through expeditions. In 1795 the company sent the Scots Mungo Park to West Africa. In addition to the scientific purpose, the purpose was to greatly extend Britain’s political influence and trade in Africa. In 1796, Park, who traveled inland from the Gambia, reached the Niger River at Ségou. His journey gave Europeans a first-hand impression of the African kingdoms and trading cities at the upper reaches of Niger. In 1805-06, Park sailed on a new voyage down Niger. He perished in conflict with local princes near Bussa in present-day northern Nigeria. It was not until 1830 that the remaining part of the Niger race was clarified by the Englishman Richard Lemon Lander followed the river from Bussa to the delta. The knowledge of West Africa was complemented by the Scot Hugh Clapperton, who traveled through the Sahara from Tripolis to Lake Chad in 1822-23, and by Frenchman René Caillié, who visited Timbuktu on his journey from the Guinea coast to Morocco in 1827-29. The area east of Lake Chad was first known as the result of the German Gustav Nachtigal’s journey 1869-74.

In East Africa, German missionaries Johann Ludwig Krapf and Johannes Rebmann explored parts of present-day Kenya and Tanzania in 1848-49, reaching the snow-covered Kilimanjaro. Englishmen Richard Francis Burton and John Hanning Speke found Lake Tanganyika (later Lake Tanzania) in 1858, and Speke reached the same voyage to Lake Victoria. In 1862, on a new journey, Speke found the Nile drain from Lake Victoria. That the drain really was the White Nile was definitely made up by the Englishman Samuel White Baker in 1864. He also discovered that the Nile was passing the Lake of Alberta on its way north. The question of the sources of the White Nile was thus essentially resolved. The exploration ended with the English-American journalist and African explorer Henry Morton Stanley’s discoveries in 1875 of Lake Edward Island, which drains into Lake Alberta, and of the Kagera River that flows into Lake Victoria on its western shore.

In 1876, the same voyage brought Stanley across the watershed to Luabala, one of Congo’s spring rivers; Stanley then followed Congo to the estuary.

The Scottish missionary David Livingstone’s three travels in southern Africa in the years 1852-73 led to the discovery of Zambezi’s upper race; The Victoria Falls at Kariba were reached in 1855. On his second voyage, Livingstone found Lake Nyasa (later Malawi) and the River Shire, which drained the lake to Zambezi. On the third voyage, he explored Congo’s upper race. It was during this journey that Livingstone’s famous meeting with Stanley took place in Ujiji on Lake Tanganyika in 1871. Livingstone’s results were complemented by Englishman Verney Lovett Cameron, who found the Tanganyika Lake drainage to the Congo on a journey through the continent from Zanzibar to Benguela in 1873-75.

From the 1870s, many countries, including France, Germany, Belgium and Russia, set up companies to systematically explore Africa. Already the first voyages of discovery had provided some knowledge of trade opportunities and deposits of exploitable raw materials. Against this background, European powers could agree on a division of Africa into spheres of interest at the Berlin Conference of 1884-85, which was the beginning of the actual colonization of the continent’s interior.